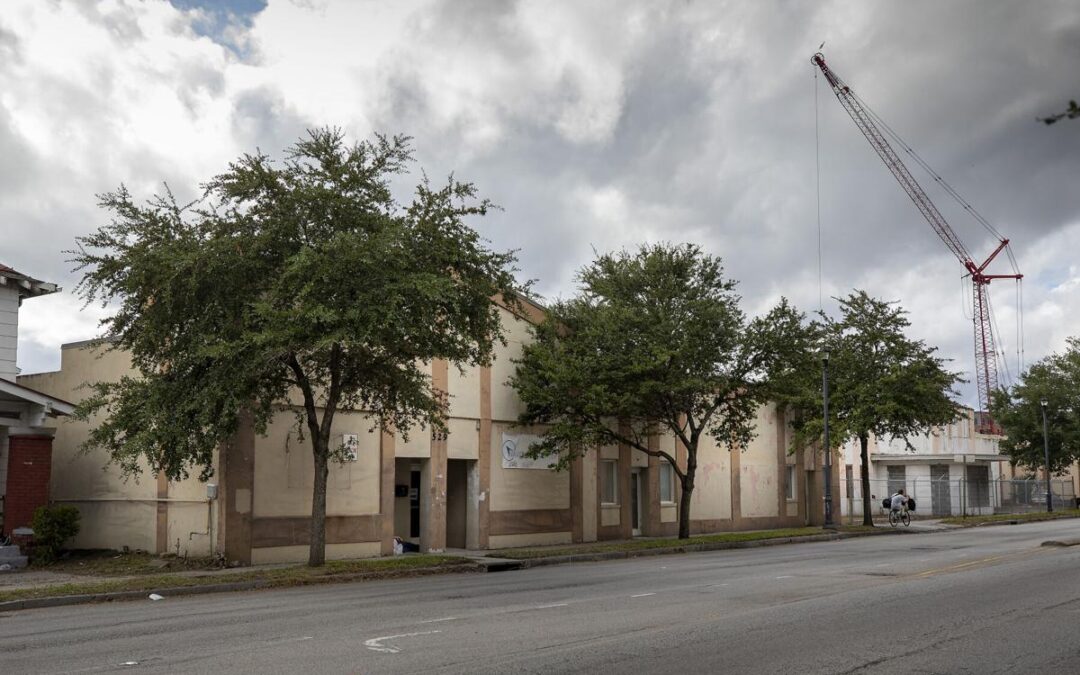 A team of physicians at the Medical University of South Carolina is increasing access to care for people experiencing homelessness through the use of telehealth medicine.

The partnership has proven so effective that 40 percent of the patients experiencing homelessness said they would have gone to the emergency department if it wasn’t for the telehealth program.

Also, data from the Centers for Disease Control and Prevention shows that during 2015–18, homeless people were more likely to use emergency departments than were traditionally housed people, averaging two emergency room visits per homeless person a year.

MUSC’s Center for Telehealth has provided telehealth medicine for the homeless population since 2018, partnering with The Navigation Center, a Charleston nonprofit and coalition of service providers working to provide resources for people experiencing homelessness. The hospital is also offering a clinic with The Navigation Center with the help of medical student volunteers.

The center acts as a central hub for resources such as job readiness training, housing, educational programs, health care and mental health services. It serves more than 900 children and more than 300 single mothers. A large number are veterans.

The center is positioned diagonally across the street from One80 Place, a shelter and resource center for the homeless population in Charleston. One80 is often full and cannot house everyone, including many who are in need of medical attention or have recently been discharged from the hospital. That’s where The Navigation Center comes in, providing aid to homeless individuals right where they are.

“We’re like an emergency room, you never know who’s walking in the door and what they will need,” said Marie Elena Roland, chief executive officer for The Navigation Center.

Treating people where they are Recently, Roland said she and her staff cared for three wound patients and a blind woman who were sleeping in the front parking lot of the center, all of whom used wheelchairs.

“We just started treatment right where they were, making sure they were fed and addressing any open wounds,” Roland said. Normally, Roland is able to offer many clients the opportunity to use the center’s showers on the second floor of the building.

“Thankfully, all of them are currently housed,” Roland said. “If we didn’t have The Navigation Center to catch them, who knows where they would be right now.”

Keshanda Mazyck, a mother of four and a former certified nursing assistant for MUSC, agrees. Mazyck said she became homeless in February 2020. After losing her home due to falling behind on payments, she lost her job as a CNA.

“The pandemic started a month later (in March) and it was kind of hard to find another job during that time,” Mazyck said. “I ended up losing my vehicle and somehow was able to scrounge up enough funds to get another one. That was rough time.”

Mazyck said she and her children were moving from house to house until she received a phone call one day to come to The Navigation Center. There she met Roland, who ended up putting Mazyck and her family in a hotel for a few weeks until she was able to find a home for the family.

“I call her my angel,” Mazyck said. “Without her and the center I don’t know where my children and I would be right now.”

Mazyck has been staying in her new home for about a year now and has since found work as a CNA at Fetter Health Network in Charleston. Mazyck told The Post and Courier the new home and job were not the only resources she was able to take advantage of, using the center’s telehealth program to ensure she could maintain her health through tough times.

‘We don’t just find homes, we find solutions’
Roland said the goal for each individual who walks into The Navigation Center is not just to find a home, but to find a solution.

The latest data from the U.S. Interagency Council on Homelessness shows South Carolina had at least 4,287 people experiencing homelessness as of January 2020. The Navigation Center alone saw at least 1,300 people that year.

And according to the CDC, the number of telehealth visits increased by 50 percent in the first quarter of 2020, improving access to acute, chronic, primary and specialty care during the first wave of the pandemic for all, including those who are not traditionally housed.

Some of the people experiencing homelessness in South Carolina enter into a perpetuating cycle. Some are being discharged from hospitals or drug treatment facilities with no place to go, leaving them to figure it out for themselves and often resulting in a cycle of homelessness, mental health instability or a return to drug abuse.

That’s why they so often end up in the emergency room. Hospitals are required by federal law to treat patients who show up with health care needs in the emergency department, regardless of a patient’s ability to pay. Hospitals are reimbursed for some of the “uncompensated care” they deliver to patients who don’t pay their medical bills, but not all of it. That’s why offering these patients telehealth and traditional health care through The Navigation Center — with the goal of keeping them out of the ER — can save the hospital money.

Dr. Cristin Adams, family medicine physician and director of the telehealth program study at MUSC, said mental health conditions are the most frequently seen conditions at the center. Some clients run out of their psychiatric medicine, which can prohibit them for accessing stable housing and work opportunities.

Conclusions to MUSC’s study with The Navigation Center show providers were more likely to agree/strongly agree they made a positive impact on patients’ health through telehealth than in person and patients reported an over-90-percent satisfaction rate for both in-person and telehealth visits.

“When you really just take the time to talk to people and hear their stories you realize how easy it could be to find yourself, a family member or a loved one in that situation,” Adams said. “There’s so many competing priorities for people who are experiencing homelessness and we found throughout our study that there is a general desire for regular primary preventable care just like anyone else has.”

Roland said the goal is to expand access to mental health providers at the center and work with partner organizations and providers through one cohesive platform called UNITAS.

“There’s a huge disconnect between all of the mental health and medical providers in the state,” Roland said, explaining that this is mainly due to a federal law that protects patient privacy and restricts what providers can disclose about individual patients. “But with UNITAS, we can work together to connect clients with resources more efficiently and, hopefully, interrupt the cycle of homelessness we are seeing.”