Ketner to get inaugural Homeless to Hope Award

Staff reports  |  Local businesswoman and philanthropist Linda Ketner will be presented with the inaugural Homeless to Hope Award at March 11 Homeless to Hope Benefit Concert. Sponsored by the Mayors’ Commission on Homelessness and Affordable Housing, the concert will be held at 6:30 p.m. in the Gaillard Center Performance Hall. 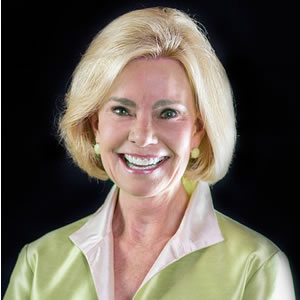 Ketner is the president of KSI Leadership and Management Development and has served as president of Crisis Ministries, now One80 Place, as well as founder and chair of the MCHAH, chair of the S.C. Housing Trust Fund, co-founder of South Carolina Citizens For Housing, and co-founder of Charleston Affordable Housing. She has served on various boards, including the Hollings Cancer Center, Center for Women Advisory Council, Health Sciences Foundation, International African American Museum, Palmetto Project, and the YWCA of the USA.  Ketner is co-founder and former president of Alliance for Full Acceptance and S.C. Equality Coalition, and serves on advisory boards at the College of Charleston for the Riley Center, Women & Gender Studies Advisory Council, President’s Diversity Review Committee, and the Dean’s Council for the School of Humanities. Having established the Women’s Fund, Ketner Fund and Fund for Social Justice at the Coastal Community Foundation, she oversees grants to community organizations working to find solutions to various social problems.

“Linda’s incomparable achievements inspire so many people to take action, not only in the fight against homelessness, but in support of humanitarian causes of all kinds,” said Robert Clement, MCHAH chairman and president of Clement, Crawford & Thornhill, Inc., the donor of the Homeless to Hope Award created for annual presentation.

Proceeds from the concert, featuring music performances by Charlton Singleton, Quiana Parler, Heather Rice, Lowcountry Voices and a stage band of ten instrumentalists, will benefit the Homeless to Hope Fund,managed by the Palmetto Project. For more information on the March 11 concert and the Homeless to Hope Fund, visit www.homelesstohopefund.org.